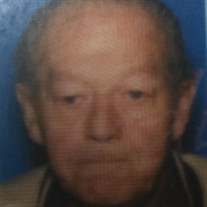 SCOTT, William Lee – 73 William Lee Scott, 73, of Lafayette, passed away Tuesday, January 24, 2017 at 10:45 a.m. at IU Health Arnett. William was born on January 6, 1944 in Farmington, MO to the late William Gladden and Dorothy (Ligget) Scott. He married Cheryl Laine Young on December 25, 1967 in Lafayette, and she survives. He worked as a mechanic for the City of Lafayette and Tippecanoe County Highway Department. William enjoyed talking on his CB radio, spending time with his grandchildren, and nieces and nephews. Surviving along with his wife, is his son, Bradley Scott of Frankfort. Also surviving, 6 siblings, Sharon Scott of Lafayette Linda Scott of Lafayette, Robin Dale Scott of Lafayette, Dottie (Michale) Burton pf Lafayette, Terry Wayne (Joanne) Scott of Lafayette, and Jerry Ray (Denise) Scott of Salem, IN, and 2 grandchildren. He is preceded in death by one son, William Lee Scott Jr., and one brother, James Scott. Celebration of Life will be held Saturday, February 11, 2017 from 5 to 8 pm at the Evergreen Weslyn Church 1525 Grove Street Lafayette, IN. Memorial contributions may be made to the National Kidney Foundation. Simplicity Funeral Care entrusted with care. Share memories and condolences at www.simplicity-funeralcare.com.

The family of William Lee Scott created this Life Tributes page to make it easy to share your memories.

Send flowers to the Scott family.