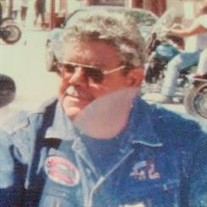 HICKS, Tommy M. – 73 Tommy M. Hicks, 73, of Lafayette, passed away on Wednesday, June 26, 2019 at his residence. Tommy was born on May 13, 1946 in Lafayette to the late Virgil and Goldie (Waymire) Hicks. He married Nancy (Fultz) McIntosh on August 17, 1985, and she survives. Tommy served in the US Army during the Vietnam Era. He was an Insurance Agent for AFLAC Insurance. He was a member of ABATE and a motorcycle enthusiast. During Desert Storm he led a support group for troops. Tommy also raised prize winning Holland Lop Rabbits with his three grandsons, and loved his dog, Zena. Surviving along with his wife, are three children, Jeff McIntosh of Lafayette, Kim McIntosh of Lafayette, and Colleen Marx of Lafayette. Also surviving is one sister, Shirley (Albert) Coblentz, three grandsons, Johnathon, Nathan and Jack, all of Lafayette. He is preceded in death by six siblings, two nephews, Larry Loblentz and Michael, and one niece, Linda Catron. Services will be held on Monday, July 1, 2019 at 2:00 p.m. with visitation one hour prior at Simplicity Funeral Care. Memorial contributions may be made to Franciscan Hospice or Natali’s Second Chance. Share memories and condolences at www.simplicity-funeralcare.com.

The family of Tommy M. Hicks created this Life Tributes page to make it easy to share your memories.

Send flowers to the Hicks family.