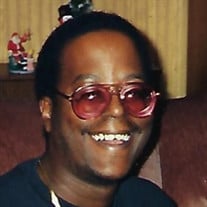 Prentiss Dwayne Shepherd, the son of Raymond and Winnie Robinson Shepherd, was born April 19, 1951 in Indianapolis, Indiana. He spent most of his early childhood years in Crawfordsville, Indiana. In 1969, he graduated from Crawfordsville High School. Dwayne married Anita Russell on September 17, 1988 and she preceded him in death after 22 years of marriage. Dwayne worked a St. Vincent’s Hospital in Indianapolis in the surgery department for over 25 years until he retired. He loved his family and when he was in his middle 20’s, he unselfishly donated one of his kidneys to his brother Rodney Shepherd who was on dialysis at the time. He also enjoyed spending time with his nieces and nephews and loved them very much. When his brother Rodney passed away in 1992, Dwayne became a support, mentor, friend and sometimes disciplinarian to his young sons, Adam, and Jordan. He had a special bond with his nephew Adam Shepherd, who became his caregiver and confidant upon the death of his wife Anita in 2010. And his nephew David Highbaugh became his Healthcare support during his time in the nursing facility. Dwayne’s life was always about having fun. He loved clowning around, he enjoyed sports—extreme sports, boxing, extreme snowboarding, and the demolition derby. He had several hobbies which includes collecting movies, playing video games, and collecting old and rare coins. Dwayne loved Purdue University and going on cruises. He loved electronics, keeping up with technologies newest toys and gadgets. Dwayne’s caring spirit, love for his family and sense of humor will always be remembered by his family and friends. Prentiss Dwayne Shepherd departed this life on March 23, 2020 following an extended illness with Parkinson’s disease. He leaves to cherish his memory, his nieces, and nephews; brothers, Larry E. Highbaugh (Sandra), John T. Highbaugh III (Yvonne), his Aunt, Harriett Fletcher (Alex), sister in-law Ann Shepherd, and a host of cousins, relatives, and friends. He was preceded in death by his sister Gwendolyn Shepherd and brother Rodney Shepherd. A Memorial Service will be held at a later date. Share memories and condolences at www.simplicity-funeralcare.com.

Prentiss Dwayne Shepherd, the son of Raymond and Winnie Robinson Shepherd, was born April 19, 1951 in Indianapolis, Indiana. He spent most of his early childhood years in Crawfordsville, Indiana. In 1969, he graduated from Crawfordsville High... View Obituary & Service Information

The family of Prentiss Dwayne Shepherd created this Life Tributes page to make it easy to share your memories.

Prentiss Dwayne Shepherd, the son of Raymond and Winnie Robinson...

Send flowers to the Shepherd family.