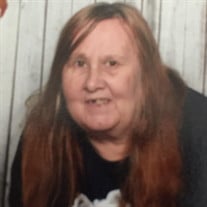 COCHRAN, Patricia Rene – 63 Patricia Rene “Penny” (White) Cochran, 63, of Lafayette, passed away on Monday, May 16, 2016 at 11:53 a.m. at IU Health. Patricia was born on December 21, 1952 in Binghamton, NY to Lula (Wiggins) Lowe of Tennessee, and the late Kenneth White. She married Jimmy Cochran on June 11, 1969, and he preceded her in death on April 20, 2004. She is survived by her five children, Billy Matthys of Romney, Lynda Cochran of Anderson, Wanda Miller of Lafayette, Robert Cochran of Lafayette, and Michael (wife: Debora) Cochran of Lafayette. Also surviving, two brothers, Gerald White and Jon White of New York, one half-sister, Rebekah Lowe Hall TN, 28 grandchildren, 5 great grandchildren, 3 nephews, and 5 nieces. She is preceded in death by one son, James Cochran, one brother, David White, her step-father, James Lowe, and one grandchild, Harley Hammel. Services will be held on Monday, May 23, 2016 at 10:00 am with visitation one hour prior at Simplicity Funeral Care with Pastor Bill Mickler officiating. Final interment at Spring Vale Cemetery. Simplicity Funeral Care entrusted with care. Share memories and condolences at www.simplicity-funeralcare.com.

The family of Patricia Rene Cochran created this Life Tributes page to make it easy to share your memories.

Send flowers to the Cochran family.