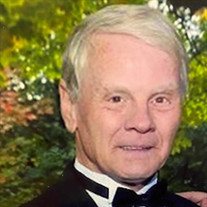 FOGLEMAN, Michael Leroy – 72 After a hard-fought battle with an aggressive cancer, Michael Leroy Fogleman, of Lafayette, passed away on March 13, 2020 at 10 am, while in Hospice Care, at the age of 72. He leaves behind his wife of 30 years, Wendy Fogleman and eight children, four of which were with his previous wife, Judith Maupin: Trisha Fogleman, Michael “Tom” Fogleman, Matthew Fogleman and his wife Ann Fogleman, Mark Stolarski and his wife Melissa Stolarski, Elyse Tinitali and her husband Mark Tinitali, Shawna McCully and her husband Thomas “T.R.” McCully, Megan Thornton, and Shanessa Fogleman. Mike was born on March 31, 1947, in Lafayette, IN. He grew up as an only child, who was actively participating in Boy Scouts. At the age of 14, he received a God and Country award. By the age of 15, he became an honorable Eagle Scout. At 19, Mike joined the United States Air Force, where he studied Nuclear Proliferation and served his country proudly. After the Air Force, he worked at our local cable industry and started as a Cable Technician. He was promoted to Headend Engineer II, at our local cable company, Comcast for 43 years. Mike was a driven man who was non-judgmental, and had an unmatched work ethic. He was an avid gamer on his free time. He loved to travel across the states to visit Historical Monuments and he also loved his grandchildren: Anthony Stolarski, Nicholas Stolarski, Nakai Baird, Lexxis Roberts, Dimitri Stolarski, Alisha Mullins, Borgan Thornton, Alistar McCully, and his great granddaughter, Onora Stolarski. He is preceded in death by his beloved cat, Sunny, whom he loved very much. Mike has requested to be cremated and placed in his wife’s care. There will be a private Memorial Service for family only, to celebrate his life, at a later date. “We began to remember not just that you died, but that you lived…and that your life gave us memories too beautiful to forget. Share memories and condolences at www.simplicity-funeralcare.com.

FOGLEMAN, Michael Leroy &#8211; 72 After a hard-fought battle with an aggressive cancer, Michael Leroy Fogleman, of Lafayette, passed away on March 13, 2020 at 10 am, while in Hospice Care, at the age of 72. He leaves behind his wife of 30 years,... View Obituary & Service Information

The family of Michael Leroy Fogleman created this Life Tributes page to make it easy to share your memories.

FOGLEMAN, Michael Leroy – 72
After a hard-fought battle with...

Send flowers to the Fogleman family.