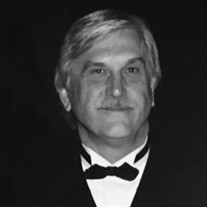 SUDANO, Gary - 75 Gary R. Sudano, 75, of West Lafayette, died February 1st, 2017 at his home surrounded by family. He was born on February 1, 1942, in Dowell, Illinois, the son of Charles and Arcel Sudano. He graduated from La Salle-Peru High School in La Salle, Illinois, in 1960, and then earned bachelors and master’s degrees in music from Illinois State University. He taught high school instrumental and vocal music in Flora, Illinois, for two years, during which time he began doctoral studies in music at the University of Illinois. He completed his doctorate in 1973. He began his career in higher education as an assistant professor of music at Illinois State University in 1970, where he also held several administrative positions in the School of Music and the College of Fine Arts. In 1982 he was appointed professor of music and head of the Department (now school) of Visual and Performing Arts at Purdue University. He retired from the university in 2011. After retirement he continued to teach at the university periodically and he volunteered at Purdue and the West Lafayette Police Department. His favorite activity in retirement was spending summer days with his family on his boat on Lake Charlevoix in Michigan. On December 23, 1967, he married Janice Kane, his high school sweetheart, in La Salle, Illinois. She survives as do their wonderful children and their spouses: Alison (Kevin) Cole of Noblesville; Julie (Mark) Michael of Carmel; and Jim (Noel) Sudano of Littleton, Colorado. Also surviving are six adored grandchildren (Emily and Alex Cole; Drew and Patrick Michael; and Clayton and Cameron Sudano); a brother (Erwin (Etsuko) Sudano of Tallahassee, Florida); two sisters-in-law; and several cousins, nieces, and nephews. At his request, there will be no public service. The family will hold a private service. Visitation will be at Calvary Baptist Church located at 310 Kalberer Road, West Lafayette on Saturday, February 4th from 11:30am-1:00pm. Memorial contributions can be made in Gary’s honor to WBAA (classical public radio station at Purdue) or the American Cancer Society. Simplicity Funeral Care entrusted with care. Share memories and condolences at www.simplicity-funeralcare.com.

SUDANO, Gary - 75 Gary R. Sudano, 75, of West Lafayette, died February 1st, 2017 at his home surrounded by family. He was born on February 1, 1942, in Dowell, Illinois, the son of Charles and Arcel Sudano. He graduated from La Salle-Peru High... View Obituary & Service Information

The family of Gary R. Sudano created this Life Tributes page to make it easy to share your memories.

Send flowers to the Sudano family.