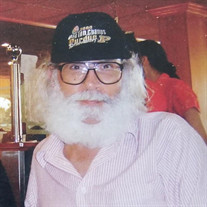 HEDMAN, Gary J. – 75 Gary J. Hedman, 75, of Lafayette, passed away on Monday, July 20, 2020 at Franciscan East Hospital. Gary was born on November 2, 1944 in St. Paul, MN to the late John and Helen (Thiebault) Hedman. In 1973 he married Carol Meath in St. Paul, MN, and she preceded him in death in 1992. Gary then married Linda Siskind on December 14, 2002 in Lafayette, and she survives. Gary enjoyed watching the Cubs, and was an avid Colts fan. Gary was a strong Christian raised in the Catholic faith. He was a kind, loving, and devoted husband, who will be greatly missed. He served in the US Army during the Vietnam War. Surviving along with his wife, Linda Hedman, are two children, Mike (Christine) Hedman of Valparaiso, Sarah (Andrey) Kurochkin of Federal Way, WA, seven step-children, Dale (Julie) Mulvey of Ohio, Robert “Bobby” (DeeAnn) Mulvey of Lafayette, Helen (Earl) Cox of West Lafayette, Mary Kortte of Delphi, Maureen Keller of Battle Ground, Cindy Mulvey of Lafayette, and Jessica (Brian) Ulery of Royal Center. Also survivng is one sister, Shirley Anderson of Garrison, MN, twenty-seven grandchildren, and twenty great grandchildren. He is preceded in death by one sister, Jean Sundgaard Werner. A Celebration of Life will take place at a later date. Memorial contributions may be made to Lafayette Transitional Housing. Share memories and condolences at www.simplicity-funeralcare.com.

The family of Gary J. Hedman created this Life Tributes page to make it easy to share your memories.

Send flowers to the Hedman family.