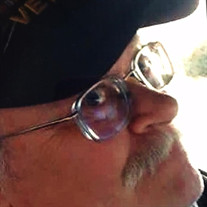 HOGGARD, Dennis E. Sr. – 65 Dennis E. Hoggard Sr., 65, of Lafayette, passed away on Thursday, September 3, 2015 at 11:45 a.m. at St. Elizabeth Hospital East. Born in Oxford, Indiana February 13, 1950 to Fredrick Eugene “Gene” Hoggard and Juanita Myers. He was the oldest of four children, Carla Bruce, Deanna Coffey, Scott Myers. He proudly served in the Army during the Vietnam War for 2 tours of duty from 1967-1969. After returning home he was in the National Guard. On September 2, 1972 he married Anita Adams. They have four children, Sherry Hahn, Dennis Hoggard Jr., Rebecca (husband: Mike) Wyoff, and Tom Hoggard. He is survived by his wife, four children, and 3 grandchildren, Casey, James, and Addison. He is preceded in death by his mother, father, stepfather, and sister. Dennis loved to do wood working, crafts, and gardening. He took great pride in his yard and flowers. Dennis loved to watch Westerns and San Francisco Giants baseball. Dennis was a member of the 40&8 and liked to volunteer there. He was also a life member of the Disabled American Veterans, and the VFW #4709 in Conroe, TX. Dennis loved spending time with his family especially on the fourth of July and Christmas. Services will be on Tuesday, September 8, 2015 at 10:00 a.m. with visitation one hour prior at Simplicity Funeral Care. Memorial contributions can be made to the Voiture 40&8 Club. Simplicity Funeral Care entrusted with care. Share memories and condolences at www.simplicity-funeralcare.com.

The family of Dennis Eugene Hoggard Sr. created this Life Tributes page to make it easy to share your memories.

Send flowers to the Hoggard family.