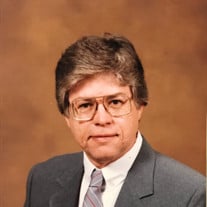 Bernard Thomas Fisher, 77, of Lafayette, passed away on Friday, December 6, 2019 at 7:08 p.m. at his residence. Bernard was born on May 9, 1942 in Indianapolis to the late Bernard P. and Betty Jean (Stovall) Fisher. He graduated from Central Catholic High School in 1960, and went on to serve in the U.S. Army. Bernard married Rita K. Martin on March 27, 1965 at Congress St. Methodist Church in Lafayette, and she survives. He worked as an electrician for ALCOA for 34 years. He was a former member of the F&AM Lodge #123 Lafayette Chapter, and Romney Lions Club. Bernard loved to creek fish, especially Deer Creek, Wea Creek and The Wildcat. He also loved to travel, visiting 44 of the lower 48 states in the US in his motor home. Bernard also visited Alaska and Hawaii. His latest venture was a trip to Europe where he tried out every means of transportation available. Bernard loved snowmobiling, especially the Upper Peninsula of Michigan with his wife, brother, and sister-in-law. He also enjoyed trips with The Romney Group. There was always a new venture. He did an outward bound trip one winter in the mountains in Colorado, which included camping and living in snow caves for 3 weeks. Bernard sky-dived but once. He loved it. He enjoyed watching his sons compete in their many sporting events while in school. He made many friends with the parents of the other students. He found it easy to be around strangers and soon they were no longer strangers. He was a very moral person. There were no grey areas, just right or wrong. Bernard had a wonderful sense of humor, and did a lot of kidding around to the point at times it was hard to tell if he was kidding or not. He was very proud of seeing how his sons turned our and the families they formed. Bernard was a kind and loving man that will be greatly missed by many. Surviving along with his wife, are three sons, Michael J. (Sandi) Fisher of Lafayette, Jeffrey T. Fisher of Lafayette, and Gregory P. (Sherry) Fisher of Romney. Also surviving is one brother, Dan (Alice) Fisher of The Villages, FL, five grandchildren, and three great grandchildren. He is precede in death by one brother, Albert Fisher and one sister, Pamela Fisher. There will be a service this Spring at the family property. Share memories and condolences at www.simplicity-funeralcare.com.

Bernard Thomas Fisher, 77, of Lafayette, passed away on Friday, December 6, 2019 at 7:08 p.m. at his residence. Bernard was born on May 9, 1942 in Indianapolis to the late Bernard P. and Betty Jean (Stovall) Fisher. He graduated from Central... View Obituary & Service Information

The family of Bernard Thomas Fisher created this Life Tributes page to make it easy to share your memories.

Bernard Thomas Fisher, 77, of Lafayette, passed away on Friday,...

Send flowers to the Fisher family.