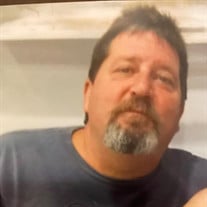 Anthony "Tony" B. aka "Smitty" Smith

SMITH, Anthony B. “Tony” – 51 Anthony B. “Tony” Smith, AKA, “Smitty” 51, of Lafayette, passed away on Saturday, September 18, 2021 at 7:28 p.m. at his residence. Tony was born on October 2, 1969 in Lafayette to the late Marvin D. Smith, and Martha L. (Collins) Smith, and she survives. He married Shana Partin on September 10, 1999 in Las Vegas, and she survives. Tony worked as a carpenter for the Carpenters Union Local #215. He enjoyed riding his motorcycle, boating, fishing, and spending time with his grandkids and family. Surviving along with his wife, Shana Smith, and mother, Martha “Marty” L. Smith, both of Lafayette, are two children, Trisha (Chris) Ireland of Lafayette, and Kelsey Partin of Otterbein. Also, surviving is one brother, Brian (Sheri) Smith of Lafayette, and five grandchildren, Tanner Partin, Logan Lucies, Wyatt Ireland, Corbin Hall, and Owen Partin. He is preceded in death by his father, Marvin D. Smith, and one brother, Jeff Smith. Visitation will be held on Friday, September 24, 2021 from 12:30 p.m. to 2:30 p.m. at Simplicity Funeral Care. Memorial contributions may be made to the American Lung Association. Share memories and condolences at www.simplicity-funeralcare.com.

The family of Anthony "Tony" B. aka "Smitty" Smith created this Life Tributes page to make it easy to share your memories.