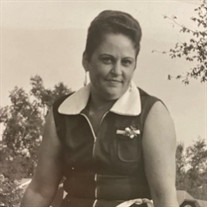 SMITH, Alleta E. – 83 Alleta E. Smith, 83, of Lafayette, passed away on Tuesday, May 19, 2020 at Franciscan East Hospital. Alleta was born on January 14, 1937 in Dangerfield, TX to the late Cyrus and Ruby Swift. She married Ronald L. Smith on July 23, 1958 in Crown Point, IN, and he preceded her in death in 1998. Alleta enjoyed quilting and crocheting. Surviving are five children, Wayne Smith of Lafayette, Victoria (Doug) Hassener of Weatherford, TX, Cyrus Smith of Springtown, TX, Rhonda (Ray) Smith-Borchert of Lowell, IN, and Randy Smith of Morgantown, WV. Also surviving are thirteen grandchildren and fourteen great grandchildren. She is preceded in death by one son, Ronald Lawrence Smith Jr., one daughter Sue Pilipovich, one son-in-law, Dan Pilipovich, and two brothers, Charles Swift and Floyd Swift. Private family services. The family will inter her ashes at a later date at Oaklawn Cemetery in Morocco, IN. Share memories and condolences at www.simplicity-funeralcare.com.

The family of Alleta E. Smith created this Life Tributes page to make it easy to share your memories.